To learn more and to purchase tickets, visit: LARK in the PARK

ALG Style’s Aime’e Gowland and Corrie Pellerin had the honor to chair LARK in the PARK last year and we are thrilled again to serve as committee members in 2018.

The event is City Park’s premier fundraiser. New Orleans’ City Park raises 90% of its own operating costs and through fundraisers such as Lark extra money raised can be used for repairs an improvements with in our park.  To keep this park world class, New Orleans City Park relies on donations form private and corporate gifts.

On March 9th Lark in the Park will take place at the Peristyle and on The Goldring/Woldenburg Great Lawn from 8:00 PM to 11:00 PM and will include live entertainment by Casa Samba, DJ Ann/HEATWAVE, and Sweet Crude. Food and beverages will be provided by over 40 of NOLA’s top restaurants. Additionally, Lark will feature a live and silent auction with big ticket items from Bryan Subaru, Tiffany & Co., Valobra Jewelers, and of course ALG Style.

This year’s fundraising efforts will be allocated to restore The Casino Building which has been an active part of City Park’s history for 105 years. The Casino Building is the first stop for over 1500 tour buses, hosts over 50 corporate events a year, and home to Morning Call.

Join ALG Style in celebrating “New Orleans’ backyard” on March 9th! We will see you on the dance floor! 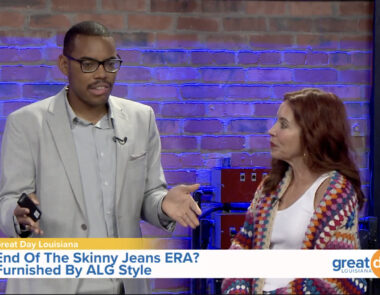